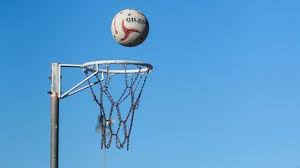 On a cold, damp and dark Friday evening, 18 Year 5/6 children took to the floodlit netball courts of Rickmansworth School, to play, what can only be considered as, some fantastic netball matches.

Both teams played a number of matches and showed great determination and team work.  Some amazing netball was played and the games were incredibly exciting to watch.

The League team played games against Rickmansworth Park, Harvey Road, Yorke Mead and St Josephs and won all of their games.  The speed at which the ball travelled up and down the court was testament to how much work they had put in at Netball club to play as a team and understand their role within the team.  They won all their league games so a huge congratulations to all the children who took part.  With only one more League game to go, we are hopeful that we will get through to the next round.

A big thank you to Mrs Skipsey and Mrs Cross for helping to coach and support the netball teams.